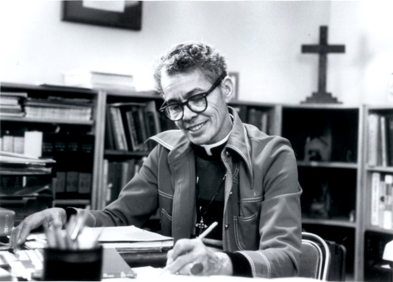 Pauli Murray, Bayard Rustin and Barbara Jordan are just a few of many Black leaders who deserve major recognition for their contributions to political history. In honor of LGBTQ history month, we’ve compiled their greatest achievements in hopes of them becoming household names.

A civil rights activist, feminist, lawyer, author and Episcopal priest, Pauli Murray was a pioneering historical figure you should know. (Murray’s experience with gender identity evolved and was often a struggle throughout her life; she chose Pauli, a more gender neutral name over her birth name and in periods of her life identified as a man. Though she may have chosen different pronouns if she were alive today, in her later years she used she/her pronouns for herself.)

Throughout her career, Murray paved a way for many rights we have today. While she was a natural scholar, two events were the catalyst to her career — their race-related graduate application rejection from the University of North Carolina and arrest following her fellowship in the white section of a bus. After receiving a degree in English Literature from Hunter College in New York, Murray studied law at Howard University where she was the only woman in the department. This experience exposed her to the sexism and discrimination of women, especially Black women, which led to her coined phrase “Jane Crow.” Although Murray graduated first in her class, because of her gender, she was denied the fellowship at Harvard University that was traditionally given to the class’s valedictorian. This resulted in Murray completing her post-graduate studies at Boalt Hall of Law at the University of California, Berkeley. At 36, just one year after passing the bar exams, Murray was hired as the state’s deputy attorney general, becoming the first Black person to serve in this position. That same year, Murray was named “woman of the year” by the National Council of Negro Women.

During her lifetime, Murray had a plethora of achievements. Her poems, articles and essays on gender and racial equality were highlighted in numerous magazines and white papers, including those published by the NAACP. Murray co-founded the National Organization for Women, was the first person to teach African-American studies at Brandeis University, was the first Black woman ordained as an Episcopal priest and the first Black person to receive a J.S.D. from Yale University. Murray also helped form the non-violence Congress of Racial Equality (CORE), and was appointed to the Committee on Civil and Political Rights by John F. Kennedy. She also authored numerous books on topics relevant to her life work, including “States’ Law on Race and Color,” which Thurgood Marshall deemed as the “Bible” for civil rights litigators.

Image: Monroe Frederick / Courtesy of the estate of Bayard Rustin

As a close advisor to Martin Luther King Jr., a chief organizer of the March on Washington and an advocate for nonviolent protests and gay rights, Bayard Rustin is a silent hero who has remained in the background compared to other Black leaders we know today. As a gay man with a communist past, many believe he wasn’t celebrated because of his identity and political affiliations. In fact, criticism over his sexuality was a leading factor in Rustin’s behind-the-scenes status in the civil rights movement, despite his prominent influence.

Rustin was also a public advocate on human rights and desegregation all around. He worked for the Fellowship of Reconciliation, a nondenominational religious organization, and organized the New York branch of the Congress of Racial Equality alongside Pauli Murray. Rustin was also the chairman of the Free India Committee, spending six months in India observing and studying Gandhi’s movements. To protest segregation on interstate bus travel, Rustin participated in the first Freedom Ride across the south and was later convicted of violating North Carolina’s segregation laws along with three white protesters. This led to a sentence of 30 days labor on a chain gang, which inspired Rustin’s influential writings on prison reform . He also directed the Committee Against Discrimination in the Armed Forces, which led to President Harry Truman’s desegregation of the armed forces. Rustin also traveled to Ghana, Nigeria and South Africa, advising leaders on their planned nonviolent civil disobedience campaigns for liberation and later helped organize the Campaign for Nuclear Disarmament’s first protest march in England.

Rustin dedicated his life to fighting for civil rights, voting rights, anti-poverty legislation, desegregation and social and racial equality. In 2013, President Barack Obama posthumously honored Rustin with a Presidential Medal of Freedom, the nation’s highest civilian honor, for his tireless work and commitment.

As the first Black woman elected to the Texas Senate, first LGBTQ woman in congress, first southern Black woman elected to the U.S. House of Representatives, and first woman ever to deliver a keynote address at the Democratic National, Barbara Jordan, an American leader, lawyer, educator and politician, held many “firsts” in Black and American history. Mostly known for her work in the civil rights movement, Jordan’s opening statement was a turning point in the Watergate scandal during the impeachment of President Richard Nixon.

Jordan was inducted into the Texas Women’s Hall of Fame and National Women’s Hall of Fame. She received the Spingarn Medal from the NAACP, as well as the Elizabeth Blackwell award from Hobart and William Smith Colleges. She also received the Presidential Medal of Freedom and was the second woman to win the U.S. Military Academy’s Sylvanus Thayer Award.

Breaking barriers even in death, Jordan was the first Black woman buried in the Texas State Cemetery, the final resting place for governors, legislators, judges and unique individuals in Texas history. Throughout her career, Jordan never hid her identity and was open about her life partner, Nancy Earl, who she was with for nearly 30 years.

While this synopsis is far too short to honor the lifelong contributions of Pauli Murray, Bayard Rustin and Barbara Jordan, we hope to be the catalyst to new inspiration and knowledge regarding Black, LGBTQ and American history. 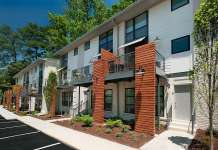 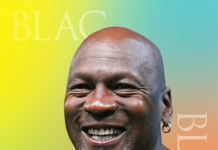