This week’s headlines are filled with firsts and a bit of the unconventional. As both science and society continue to expand around the use of cannabis, we were excited to take a journey with journalist Darralynn Hutson as she experienced the work life of a weed trimmer throughout Detroit. She has no regrets, but learned it’s not the breeziest job. In addition, the organization Black to the Land is helping Black folks create new, positive associations with the outdoors, nature and #campinglife.

In other news, Terence Blanchard makes history at the Met, California actually returned stolen land to a Black family, the story around Ozy Media gets more bizarre, Democratic infighting threatens billions in aid to HBCUs and Wayne Brady is a proud god dad to his ex-wife’s new son.

-Billy and the team at BLAC Magazine

This week in Black culture:

Setting the Met on fire

Terence Blanchard, an Oscar-nominated jazz composer well known for scoring Spike Lee’s films, has authored the first opera by a Black composer to be performed by the Metropolitan Opera in its 139-year history. Blanchard said of the accomplishment, “I’m filled with mixed emotions; I know I’m the first, but I’m not the first qualified.” “Fire Shut Up in My Bones” is based on the memoir by journalist Charles M. Blow and, as an opera, holds a number of other firsts for Black artists. It’s the Met’s first staging with a Black female director, Camille A. Brown, and Kasi Lemmons, best known as a film director, is now the first Black librettist to have her work performed there. The show opened just last week to rave reviews. (Playbill, NYT, NPR)

Bruce’s Beach, owned by Willa and Charles Bruce more than 100 years ago, was once a Black vacation resort. But the Manhattan Beach City Council used eminent domain to seize the property, claiming it would be turned into a public park. Rather than develop the property, the city left the land to sit unused. Earlier this year, the current Manhattan Beach city council condemned the actions of officials from 100 years ago and California Gov. Gavin Newson signed legislation to transfer rights of the land back to Willa and Charles Bruce’s heirs. (LA Times, Essence)

“This is our Lazarus moment,” said Ozy Media co-founder Carlos Watson, just days after the board of directors at the company announced it would be shutting down. The company is experiencing a firestorm after the New York Times reported that it had raised upwards of $70 million from investors on a bed of lies, including claims that the company had 25 million subscribers to its newsletter and 30 million YouTube views. The Times story also reported that Ozy’s chief operating officer and co-founder Samir Rao pretended to be a YouTube executive while on an investor fundraising call with Goldman Sachs. (NYT, The Root, NPR)

The Biden administration earlier presented a multi-trillion dollar federal spending plan that included $45 billion in aid to HBCUs. But that plan of support for HBCUs is now in jeopardy to the tune of $43 billion, due to infighting among Congressional Democrats. The latest version of the bill excludes direct allocations from the federal government to HBCUs and is reduced to just $2 billion for educational programs and infrastructure distributed through competitive grants. (Associated Press, Black Enterprise)

Wayne Brady and his ex-wife are co-parenting goals

Wayne Brady has been named godfather to his ex-wife Mandie Taketa’s newborn son. In an Instagram post, Brady announced he is proud to co-parent the new baby, writing, “Hey y’all, meet Sunny! I love this little man already. They say it takes a village to raise a child and they’re right!” (Black Enterprise)

??‍? BLACK MEN TALK TECH…Entrepreneur, rapper and author Rick Ross will offer the keynote address at the 3rd annual Unicorn Ambition Conference, hosted by Black Men Talk Tech. The Unicorn Ambition Conference is a national tech conference providing exposure and resources to Black tech founders who are building innovative companies and focused on massive growth or becoming the next “unicorn.” The event which is set for Oct. 21, will feature both virtual and Miami-based in-person sessions.

? CLASSIC HORROR IS IN SEASON…“The Between,” a work of speculative fiction by award-winning author Tananarive Due, is getting a re-release just in time for Halloween. First released in 1995, the book is a horror/sci-fi classic that follows Hilton, a man who cheated death as a boy. Thirty years later, he is catapulted into a series of events that has him running from death — and maybe, losing his grip on reality.

End on a high note:

Kendall Rae Johnson, age 6, is the youngest certified farmer in Georgia. Farming for literally half her life, she now owns her own farming business, ​​aGROWKulture, which has a mission to help kids learn where their food actually comes from. 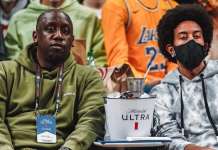 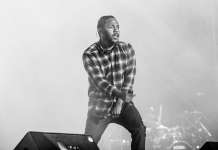 Hockey Takes a Step Towards Diversity