After receiving $100,000 from Pharrell Williams’ Black Ambition Prize, a group of peers launched a browser extension to encourage shoppers to buy Black. Spelman graduate, Mya Havard, and her co-founders — Morehouse graduate Ibrahim Conteh; and Nashawn Chery, Faisal Gedi, and Simrun Mannan — are the masterminds behind the brand Shea’d. They came up with the idea after moving from Atlanta, Georgia, to the Bay area and experiencing a culture shock.

To connect with Black communities, they joined forces to launch an iOS app. At the time, it was used to empower entrepreneurs in the area and provide a platform for them to share their stories.

Black Ambition is returning for its second year to foster Black and Latinx leaders and communities. Entrepreneurs with ventures in products and services, media and entertainment, healthcare, technology, and Web 3.0 are encouraged to apply for a chance to win up to a million dollars. In addition to funding, students will be provided mentorship, resources, and “founder-friendly investment terms.”

Shea’d (pronounced “shade”) was built with one goal in mind: to make it remarkably simple to connect with Black-owned brands and businesses. We achieve our mission by elevating Black creativity, emphasizing inclusion, and underpinning Black economic empowerment. Join us in using your buying power for good.

Shea’d gained traction during the Black Lives Matter movement, securing nearly 3,000 downloads. However, the founders wanted to ensure shopping Black would not be a trend. Over a year, Shea’d’s infrastructure worked toward enhancing the purchasing power by making it easier to find Black-owned businesses while shopping online.

Already, Shea’d houses over 10,000 businesses in their database and uses artificial intelligence to display the most relevant Black-owned product recommendations for consumers. As users surf the Internet, the extension will automatically pop up and show alternatives during their product search.

As the company looks ahead it hopes for Shea’d to land under the radar of more consumers. In addition, the founders are looking to integrate owner profiles for customers to learn more about the face behind the brand. The feature was used for their former application and resonated well with their users. 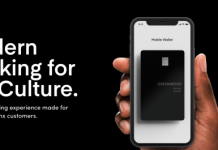 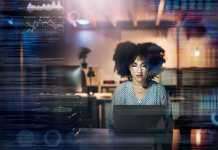 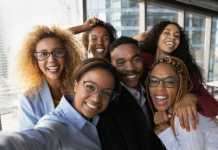 A Pair of Atlanta Entrepreneurs Are Trying to Upend the Banking...

Pharrell Williams is Giving Away Money to Entrepreneurs for a Second...